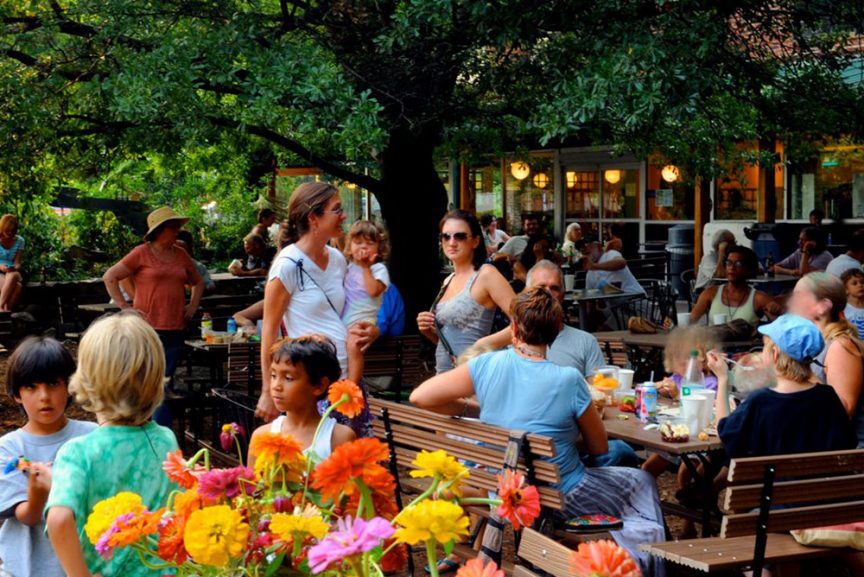 Originally published on WRAL.com on December 6, 2017.

The 18-story building is still under construction. When it’s completed, Weaver Street will move in to a street-level space with an interior mezzanine and an outdoor balcony overlooking Hargett Street late next summer.

Founder and general manager Ruffin Slater said he hopes it will become a community space much like it is in Carrboro.

“We are thrilled to bring the co-op concept to downtown Raleigh,” Slater said in an interview Tuesday. “It’s such an exciting and vibrant place, and we think we can be part of that.”

The cooperative, which was founded in 1988, has 20,000 consumer owners and 200 worker owners. Besides the original location in Carrboro, it has stores in Chapel Hill’s Southern Village and in Hillsborough.

It also operates a Food House in Hillsborough that provides fresh delicatessen, bakery and meat products to its stores twice a day.

Weaver Street’s Raleigh store will sell fresh produce from local growers, prepared food and a large selection of beer and wine that is also sold by the glass. Customers can eat on the mezzanine, balcony and sidewalks.

It will take up about 12,600 square feet on the ground floor on the Hargett Street side, which is about the same size as the Carrboro store. Sixty employees will be brought in to begin with, and those jobs will be offered to current employees in the spring, Slater said.

The expansion comes amid an intensifying battle among new brands of supermarkets across the Triangle, and takes place in a west-end niche of downtown Raleigh that is rapidly transforming with new development.

A keystone piece of the revival of the warehouse district is The Dillon, which features 18 stories of office space, two six-story residential towers, a parking deck and street-level retail. The 100-year-old building makeover is expected to be completed in 2018.

“We are delighted to announce the arrival of Weaver Street Market to The Dillon,” John Kane, CEO of Kane Realty Corp., said in a news release. “Fast-paced growth in downtown Raleigh has spurred a wave of development and attracted new retailers downtown.”

Kane noted that the number of people living downtown has nearly tripled since 2000, and more than 3,500 new residential units are being developed.

The market also reports contributing $265,000 this year to its partners that work on community needs, including food insecurity.

This is the fourth retail operation announced to move into The Dillon. The others are Urban Outfitters clothing store; Heirloom Brewshop premium coffee, tea and sake bar; and Barcelona Wine Bar wine and tapas spot.

Stewart – a discipline design, engineering and land planning firm – will also move in sometime next year, taking up an entire floor that it has had designed. About 120 employees will move from its current location across town to the new highrise.

Two other grocery stores have been announced for downtown Raleigh: A Harris Teeter is planned in Seaboard Station and a Publix at the southeast corner of Peace and West streets.