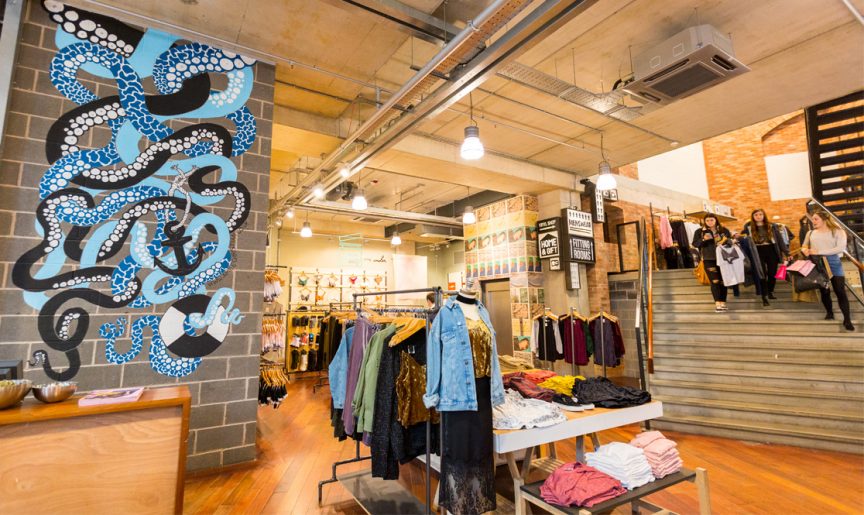 Originally published in the News and Observer on July 25, 2017.

RALEIGH – Urban Outfitters, a large clothing retailer that targets millennials, will be part of a mixed-use high-rise opening in Raleigh next year that is meant to be a signature project in the surge of downtown development.

The company is the first national retailer announced for the Dillon building in the warehouse district on West Street.

The store, known for its graphic T-shirts, designer jeans, unique dresses and fanciful furniture, will save customers a trip to the Urban Outfitters in Durham. But it also has the potential to be a key step in the city’s retail growth.

“We think it’s a big deal for our project and for downtown, too,” John Kane, CEO of Kane Realty, which is building The Dillon, said in an interview. “Most of the retail downtown is local. Landing a national like Urban Outfitters is a big deal and a good fit for us.”

The Urban Outfitters store, roughly 10,000 square feet, will lease street-level space in The Dillon, which will include 18 stories of office space, two six-story residential towers with an adjoining parking deck. Much of the 100-year-old building’s exterior will be preserved for historical aesthetics.

Kane said some restaurants have been lined up for street-level presence, and discussions are ongoing with other prospective retail tenants. He said the infusion of young adults into Raleigh was a factor in Urban Outfitters’ decision to move here, along with the historic preservation in the warehouse district, the nearby presence of the software company Citrix and such millennial-oriented enterprises as HQ Raleigh, which rents space to entrepreneurs.

“They are pretty particular about where to go,” Kane said of the clothing store. “The offices in Dillon are for forward-thinking types. We wanted space that is attractive to millennials. It all plays into that makeup.”

A small Target opening on Hillsborough Street later this year was the first national chain store to announce a project near downtown.

The Downtown Raleigh Alliance on Tuesday cheered the Urban Outfitters announcements and expressed optimism that it will help local merchants, as well.

“It’s the first one so we don’t really know what the effect will be,” said Bill King, senior director of economic development and planning for the alliance. “Our hope is bringing in a name retailer helps identify downtown as even more of a shopping district. We still have a large base of retailers locally owned – neat, interesting, unique local retailers – and we hope this will help bring traffic to other stores.”

King said 26 new retailers have opened since the start of 2015, most of them locally owned.

“We want to keep a balance,” he said.

The customer base for Urban Outfitters is the fashion-conscious 18- to 28-year old. The company operates more than 200 stores across the United States, Canada and Europe, including one at The Streets at Southpoint in Durham. Headquartered in Pennsylvania, it is part of a global company called URBN, whose brands include Anthropologie, Free People, Terrain and the Vetri Family.

There is an Anthropologie in Kane Realty’s North Hills development.

Paul A. Specht, News and Observer